Though some people may find it vastly easy at first sight, email campaign performance is a very comprehensive subject, at times arduous. The reason? It’s simply cost-effective. Every spent $1 for an email marketing campaign will potentially land you $42 on average.

In order to produce and, in consequence, run such campaigns beneficially, it is vital that many factors are taken into account. Not only should one make an effort to understand how email campaign performance works and what it consists of (and in), but also each marketer should watch out for any pitfalls.

Yet, as we have concluded, email marketing can yield tremendous benefits… There’s no time to waste!

What Is Email Campaign Performance?

To put it bluntly:

Primarily, email marketing may take different forms, which obviously vary from one project to another. Therefore, one should set their mind to:

Having said that, please bear in mind that you can’t entirely automatise the process. While some email marketing tools may, indeed, improve it, tremendous attention needs to be paid to engaging your clients on different levels and in various ways.

How? Let’s solve it.

How To Use Email Marketing?

No matter how tempting it can be to begin an email campaign straight away, the strategy must be in order.

Contemplate it for a while:

Those are just provisional questions that you’re supposed to answer along with additional ones prior to the beginning of an effective email campaign. At this point, deep insights into your targets are mandatory. You’re looking for your Holy Grail, aren’t you?

Once you’ve accomplished the previously mentioned mission, it’s about time that you were in communication with the customers. Apparently, you’ve done your best and your email marketing will now either shine or fade… Nothing could be further from the truth!

Which Are The Best Email Campaign Performance Metrics?

And so we’ve finally made it. Below, these are the most essential email campaign performance metrics which will serve you along this alluring journey:

It is one of the primary tools which can be used while assessing the tangible results of a particular email campaign.

In a nutshell, click-through rate (CTR) provides you with a number of customers who have clicked on any links (even one) included in your email message. This hugely common metric is invaluable in many terms. First and foremost, click-through rate shows how participants of your email campaign are actually engaged and how close they’re willing to become with your business.

As important as CTR indicator, open rate is the simplest tool whilst measuring your email campaign performance. Aptly named, it informs how many times the email was open. That’s really it.

What is a good email open rate in 2021, though? As a matter of fact, almost 17% is believed to be the average result, as of March 2021. Needless to say, the indicator varies from industry to industry.

In its simplicity, this measurement should be treated as a basic and general tool in email campaign performance. The reason is that it focuses just on the mechanical action of opening itself. There is no way, unfortunately, to give more concrete directions and predict how the client will be behaving.

Yet, as long as pros and cons are considered all together, it is worth checking up regularly on this indicator!

To compute conversion rate in favour of email campaign performance, you have to divide:

With that being said, conversion rate mainly accounts for accomplishing a specific action and completing a particular task.

This indicator is inherently connected to call-to-action elements which are here of the first priority. However, unless your goal is to generate leads, this indicator doesn’t play a role as vital as it would otherwise. Speaking of specific applications of conversion rate, it may be especially handy when complying with your investment plans.

ROI—i.e. return on investment—is on some accounts similar to the previous factor, i.e. conversion rate.

On the whole, return on investment strives to show how you’ve performed in order to receive money back. Assessing this indicator, though, either on a monthly or per-email basis, will yield even more reliable, precise data. Therefore, such evaluation will lead to more holistic conclusions, enabling you to work on your email campaign performance.

Not only will you identify the most potential (and potent) clients, but also you will be able to rid yourself of those whose presence doesn’t bring anything into your business.

As an easy-to-access tool, unsubscribe rate simply introduces a number of customers who have decided to cancel subscriptions to your mailing list. Shedding some light on the issue from the opposite perspective, this metric has its—again—opportunities and obstacles.

That is why a commonsense stance is so vital in tailoring a particular email campaign and then judging its performance. Suggestions based only on plain data will not get you what you are aiming at.

While at times discouraging, it is really supportive. Why would you be staying in touch with those who are not interested in your services, offers, and proposals? Pruning your subscription list, while conducting email campaigns, should be regarded only positively.

Innately associated with conversion indicator, share rate strives to provide you with information on an amount in respect of your email having been forwarded. In a broad way, it signalises how many times your recipient’s shared your email through various social media channels, but—which may be surprising—not through email inbox itself.

It’s long been known that hearing things on the jungle telegraph is a straightforward—but how effective!—way of advertising. Email campaign performance makes us of it, too.

The chief rule of email campaign performance is

without any exceptions allowed. That’s why this indicator—bounce rate—is so valuable.

Let’s begin by introducing two groups of bounces. So-called hard bounces are caused by, to put it simply, anyhow invalid email addresses. On the other hand, soft bounces result from non-permanent errors.

This factor should be regarded as the most holistic one. It, both directly and indirectly, pertains to many of those who have been previously mentioned and underscored here. However, it shall become your priority to measure and work on interactions between you and your customers. Interactions are—believe us or not—priceless.

Make interactions with customers your priority!

HOW DO YOU TRACK EMAIL CAMPAIGN PERFORMANCE

The entire procedure is built upon 3 steps:

It does require arduous work to achieve all desired indicators—and, in consequence, sheer results—as expected. Switching a mindset is desirable because what counts at the end of the day in email campaign performance is—as we have already agreed—engagement.

There are many means to assess what your situation is with respect to email campaign performance.

Please remember not to evaluate your statistics and parameters in a vacuum, independently. It is essential that you contextualise them and connect the dots. All variables rely on one another and don’t exist per se, frankly speaking. Enhancing one of the indicators may result in another plummeting—be aware.

As soon as you’ve conducted solid research, it is preferable, or even obligatory, to start implementing particular measures. In saying so, usage of email campaign performance is indispensable.

Still concerned about how to boost your business? You have no clue what the collected data mean?

We’ve already drawn the conclusion that everything needs a fair bit of context. Hence, the best practice would be to explore some real businesses’ examples that have contrived particular tracking email campaign plans.

Having the total revenue of almost $3 billion dollars, Uber employs email campaigns on an ongoing basis to ensure that its clients remain engaged. What puts the corporation ahead of its competitors is its… simplicity. Concise alerts along with numerous call-to-action slogans are seemingly taking the market over. Informative, though approachable.

Here is an example from another industry. Namely, Dropbox is famous for its reengagement-wise strategies so far as email campaign performance is concerned. The messages are by no means intrusive nor trespassing. Equipped with pleasant incentives, its approach is pretty mastered to perfection.

As you can easily see, all industries across the entire world are using adequate email campaign performance measures. In accordance with what lies at the heart of the brand, Fred Perry’s email marketing campaigns make its resources and intentions clear to the customers, simultaneously following the up-to-date information.

While the data-driven world enables many businesses to take the initiative on their own, it could make a huge difference if you contacted providers of email campaign performance services. Have you encountered any difficulties? Feel free to schedule a free appointment with Sellizer!

Sellizer provides comprehensive sales support as one of the most pre-eminent tools for email campaign performance. The substantive property of Sellizer is letting you know (via various communication channels, such as SMS or email) once your proposal has been opened. This email campaign performance system also ensures that all essential statistics—the ones you have never had an access to—are delivered to its users.

But with Sellizer, you can do much more. The services entail: 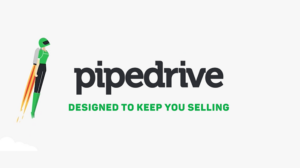 TOP Pipedrive Integrations That Boost Your Sales to the Next Level 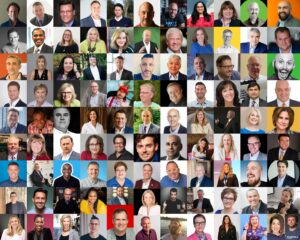 TOP 100 Sales Influencers [and Managers] in 2022 You Should Follow